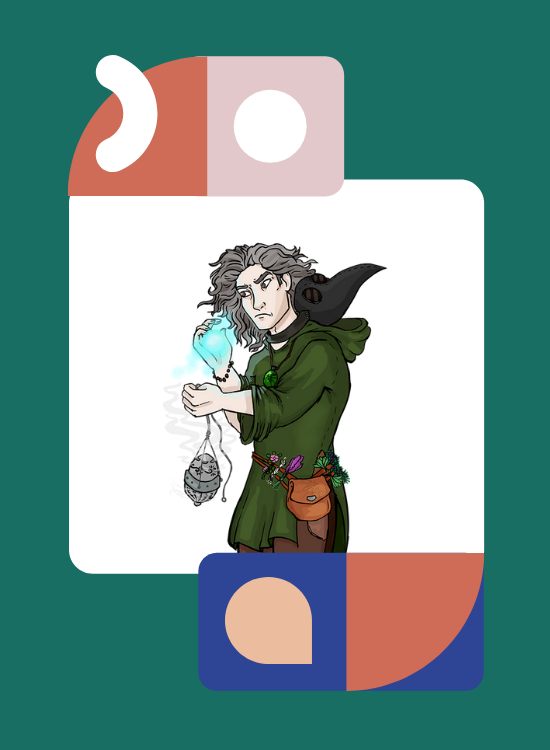 Human Name Generator helps you create a unique fantasy character or person. It's easy to generate random names, last names or both at once.

Name generators are a must for anyone creating fictional characters, as it requires more than just rolling some dice on a table to get some good names.

A name is more than just a name, it's the foundation of someone's personality.

This could sometimes lead certain other races to view them with contempt.

Accordingly, most humans on Toril had some sort of religious beliefs. Nothing was unusual about this fact, it was simply a fact of life for all races in the Realms...

The humans were a collection of disparate tribal cultures unaware of any shared history that might unite them as a race.

This, according to many sages, led to a sense of individualism in the human peoples. It would also explain why interracial marriages were so unusual in most nations.

They came in all shapes and sizes, with wildly different eye colors, hair colors, and skin tones. Their heritages were not only vast and varied but often mixed together.

Humans had dark skinned humans living alongside light skinned ones; they had red-haired humans sharing their homes with blonde haired ones; even those family groups that were clearly of one descent frequently had a darker member or two who was almost indistinguishable from a human of a different parentage

They don't have subraces. They have tribes. If you want to pick the right human names for your campaign settings. You need to know more about tribes.

The type of tribal group is enough to give the reader insight into the characteristics of the fantasy world.

It will imply what manner of lifestyle and social interactions exist, while hinting at what sort of values and morals are considered important within the culture.

Can even be used as a way to give other natives (human or otherwise) an outsider’s perspective on what aspects of their daily life they need to hide from outsiders.

They lived in simple houses made of clay which were located near mountain streams, near wells, or under forests. Most Wanese wore little clothes consisting of loincloths and sandals – not even shoes.

An islander’s life was very simple – he grew corn on its mountain sides and fished from his canoe.

His most ornate possessions were made of gold, pearls or feathers from distant islands.

They were brave, free-spirited people, famous for their skill with weapons and their independence from all the large political groups around them, yet also noted for their hot tempers and short patience.

The Green Folk lived amidst dampness and impenetrable jungle, and were ruled over by a monarch known as King Nuesi.

The Green Folk were hunted for sacrifice by their neighbors, the cruel Sla-Mori.

They were a warrior race who dominated the land from about the year -200 DR to -21 DR.

They were descendants of the Cenotians who had settled there more than two thousand years before.

The Nexalans were a rugged people, who lived near the Smoking Mountains on the western coast, and were dedicated fishermen, though they did grow corn as well.

The Arkaiun were proud, pragmatic people who found success as merchants and artisans.

Known for their long necks, they had an average height of 5’9'' and rarely weighed over 150 pounds.

They were one of the many descendants of the early humans who migrated into Faerûn from Abeir.

Dragondale’s urban population of Damarans varied in size depending on the season but never grew past two hundred souls.

During the short summer months, the population would swell to three times its normal size as adventurers and merchants travelling east to Mornbard and southward through Wylar joined the city with its surrounding settlements of Dobel, Skorsh, Orlath, and Hornhold.

They were extinct by the 14th century DR with only scattered remnants of the people left in ports of the Sea of Fallen Stars.

They had brown skin, were taller than other human ethnicities on Faerûn, and kept their hair long.

They had dark hair and brown eyes, with skin tones ranging from pale to ebony

There were two distinct human ethnic groups in the region of western Kara-Tur, who had close historical ties yet were different enough culturally that they retained distinctive identities.

These were the non-human Kuong and the human Tangut people of the grand Tangut Empire.

If you like human name generator, here are other collection you should check: Hobgoblin Names, Aasimar Names