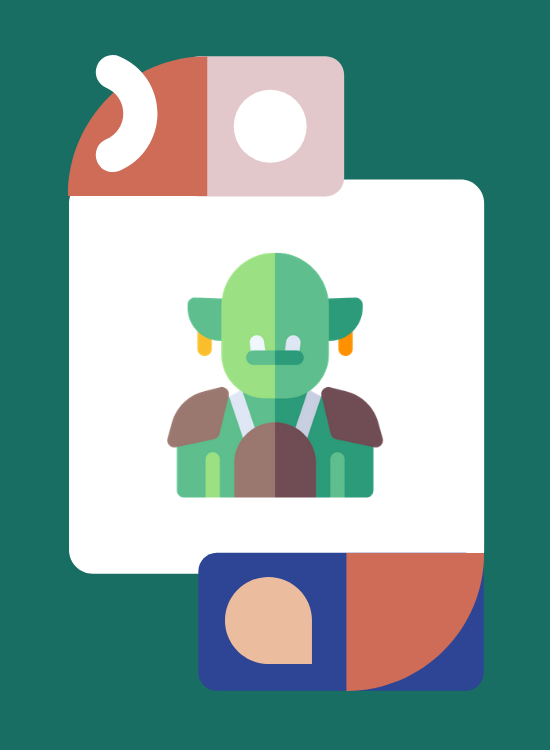 Orcs are known for their strength and brute force while their culture values martial prowess and battle skills above all else. Here's a list of orc names that are sure to make your orc warlord stand out from the rest of the greenskins!

The Elder Elemental Eye sent armies of Orcs to invade Faerûn because of miscalculations regarding its worshipers and their leaders' interest in corrupting the power of the elemental lords.

Orcs could be found in nearly every part of that continent, as well as in numerous parts outside of it, including the Savage Frontier, Calimshan, Amn, and even as far away as Zakhara.

Orc name generator in above, but below you will find more information about this race.

They had, on average, less natural strength than humans or elves but they were far more agile and quicker.

Orcs tended to be impatient creatures, easily bored, but capable of boundless energy when engaged in something they favored.

Orcs disliked protracted activities such as long journeys unless they had a clear destination at which they intended to arrive.

When traveling, orcs preferred to move quickly and didn’t like to waste time making camp unless the situation was dire or they needed to rest.

Orcs are a creature of war, and come ready to fight from the moment they're born. They grow up fast too, with 50 being the average Orc's life expectancy.

A young Orc warrior is eager to prove his worth by slaying some lowly creatures like goblins or trolls. After five years of fighting, he might be ready to challenge other Orcs his age to wrestle for leadership of the clan.

Mountain orcs were often aggressive and enjoyed warring with the neighboring tribes and races; they made few treaties or alliances, though some tribes did share borders and maintain an uneasy peace with other orcish tribes from time to time.

Orc tribes in Faerûn's Savage Frontier were generally quite small, with the most powerful tribe ruled by a chief who was not above raiding nearby human settlements.

These bands of orcs also ventured outside their normal territory to harass travelers. The orcs of the Dessarin Valley seemed to prefer to raid alone or with a few allies from their own tribe.

In some cases, orc bands allied themselves with other races such as giants or evil humanoids.

In many cases, these alliances seem to have been made for convenience or necessity

The first legends of orcs told of the wars between their primary god Gruumsh and Corellon Larethian, the creator of the elves and eladrin.

The "Godwar" was ended when Corellon slew Gruumsh, but how the orc god died remains a mystery.

Forces unknown snatched the body of Gruumsh from his tomb and soon orcs revered him as a living god rather than the slain martyr of an old war.

Their society was brutal and dictatorial, based on a rigid caste system in which the strongest dominated the weak.

They invariably make their homes in caves or forests high in chilly mountains, where they make their own heat through the violent swings of their great swords.

Though they have been known to be intelligent enough to follow battle-plans set out by another leader, these orcs are largely known for attacking without warning, often killing those they conquer.

They dominated the Underdark and fought against duergar, derro, svirfneblin, drow, grimlocks, and other Underdark races.

Black Neorogs, trained to be scouts, and Red Neorogs, who are trained as warriors.

Both differ from their parent species, Orcs and/or Orogs, and have lost the purple eyes and skin tones.

Neooorogs are powerful warriors who have been embraced by the armies of the Drow deep in their subterranean cities.

Their origins are unknown to the inhabitants of the surface world and most of these magic-users consider them more demon than warrior.

They have been seen both in light armor, or brandishing magical weapons and armor, typically inscribed with foul runes from their home city.

If you like orc names, here are the other lists: Minotaur Names, Halfling Names