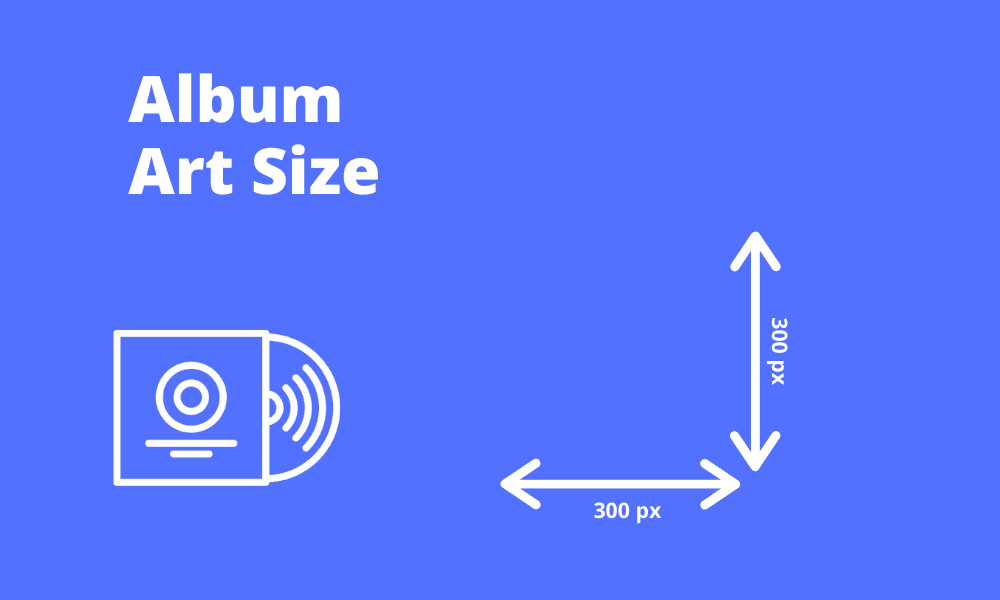 Since you are curious about your album art size, you must be a designer. Or you need to design the cover of your album. In both cases, this article will be useful.

In the past, 7 8 songs were collected in an album and released. Today, every newly released song is released directly as a single. Because distribution costs have decreased to zero.

It is enough to press a key to deliver a song to its audience.

In the last century, the way that musicians make money has changed dramatically.

In the 1900s, music could not be stored yet. Music belonged to space. You had to go to music to listen to. Musicians were also supported by palaces.

Most musicians couldn't make a lot of money.

Music albums began to be sold 50 years later. Musicians and production companies earned millions of pounds from each album. The golden age of musicians has begun.

Concerts were only supplementary income. The real money was earned from album sales.

Then, when the internet spread, music became available for free. Album sales fell. Music was downloaded illegally from the internet.

Concerts became the main source of income for musicians.

Today, music has become suitable for everyone again, thanks to online music channels such as Spotify.

The musicians bring their music together with their audience, and music lovers can access music very easily.

The albums are no longer sold on CDs, but album art is still very important. Wherever the music is displayed, Album must have a cover.

You can make your album design by following the measurements above.

I had written an article about the SoundCloud album now. In this article, I wrote all the albums in general.