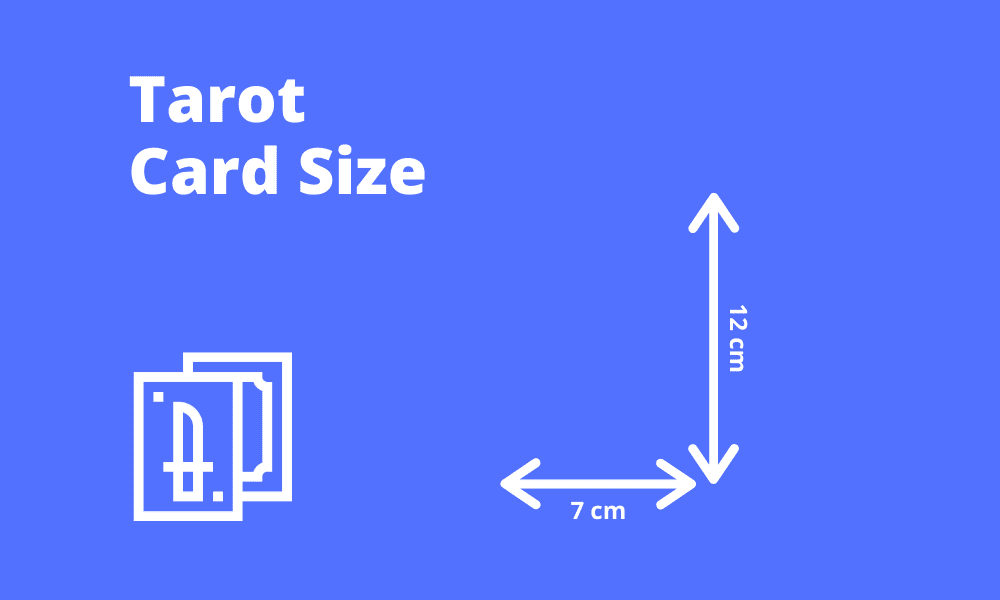 Are you interested in Tarot cards? And also can design? Then you can learn the dimensions to design your tarot cards from this page.

Width >
7 cm
Height >
12 cm
The recommended tarot card size is as follows: 7 cm x 12 cm. Although there are different sized cards, these are the most common sizes.

People have always been interested in fortune-telling. The future is unknown. We can work to build our future. But we can't get it right away.

The human brain is panicked by the unknown. What does he do to overcome this panic?

Human beings make up stories that he believes in.

This is the biggest feature that distinguishes us, humans, from other creatures. The art of storytelling.

They say that the most important thing that used to distinguish man from animals was using things. However, with the spread of the internet, it has become clear how skilled animals are about using things.

There is also the subject of intelligence.

Man is said to be the smartest person in the house. I think other species live more logically than humans and use their intelligence to survive. I think there are animal species that are many times more intelligent than a human.

The need for people to tell stories caused the birth of issues such as fortune-telling.

Beyond that, people want to know the future. But when we tell them when to die, all sorts of magic are broken.

In fact, the most logical conclusion to be drawn here is that man does not know exactly what he wants.

Don't see it as a critique against the tarot fortune. Tarot is a fortune-telling method embedded in world culture.

Believers will be believers. Both parties are also obliged to respect the belief of the other party.

At the beginning of this article, I wrote down the dimensions you will need to design the tarot card. If you also need color palettes during the design, you can also review this page.