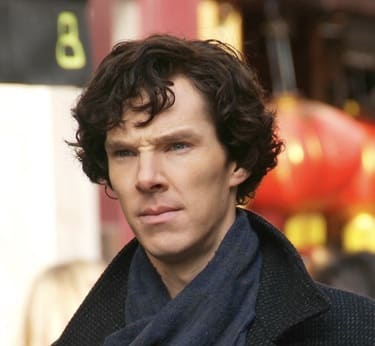 We have no choice but to trust Elon Musk in this regard. After all, he made up this name.

Anyway, another strange name - who is one of my favourite actors, Benedict Cumberbatch.

His name forced me to make this Benedict Cumberbatch name generator.

Although the software is serious expertise, it can sometimes be used to make humour. I think making humour with software is funny as well as stupid. Because no matter how smart you are, a person needs to understand how the screen works before laughing.

If you have a joke, go on stage instead of doing this by developing software. Because this method takes less time, and it is the right medium for your target audience to understand the joke.

Although I am giving this advice, I am aware that I am acting in the opposite direction.

Now that I contradict myself enough, I want to talk about how this name generator works instead of advising about life because life is too unpredictable to advise.

How To Use Benedict Cumberbatch Name Generator

I think it will be the most straightforward how-to guide written in this century because this generator is so easy to use. But there may still be difficulties, so I found it appropriate to write this guide.

Maybe it seems natural to use for me since I have been dealing with software for a long time.

If you don't have anything more important to do, press it again.

If you hate and postpone your job, come to this page and press it again instead of doing your job.

Whenever I need to write a post, I deal with nonsense things to postpone it.

Because it is challenging to write, even when it's easy, it's hard.

I even waited for three or four days before writing this article. I am trying to get rid of this bad habit. I will let you know if there are positive changes.

I hope this guide will help you to understand how Benedict Cumberbatch whatever name generator works.

If you still do not understand after reading three times, please contact me. I probably won't answer your mail, but the letter you send makes me laugh.

What is the purpose of this tool?

It has no purpose. At least it has no respect to be respected. First of all, we love the actor whose name is included in this tool.

Perhaps this actor will also have a good time while examining new versions of his name.

He will most likely feel lucky. A person he never knew has spent hours and developed this tool. I am kidding. This tool is not that time-consuming.

But Picasso has a saying that I like very much. "40 years plus 10 minutes."

Will, somebody develops a tool with my name in it? I do not think so.

If you like Benedict Cumberbatch Name Generator, I will continue to develop similar tools.

If you do not like it, I will continue to develop other things until I find what you will love.

In short, I will continue to develop something whether you like it or not, because I love it. I love it because I can.

At first, I wasn't developing software because I loved it. I learned to code because I hope that one day I will be wealthy, but I do not have much financial hope now. But it's easier to do what I know, rather than trying something new that I don't know how to do.

This site itself is one of the first things I developed and published.

Let's go back to the Benedict Cumberbatch.

When I read the name of this actor, I immediately remember the Sherlock Holmes series. More importantly, when I want to talk to someone about Benedict, I tell him the white-skinned man in the lead role of Sherlock Holmes because I can't remember his name. I hope this situation will change after writing this article.

If Brad Pitt had a more sophisticated name, would he be such a famous actor? I do not think so.

I think the reason Benedict is not famous worldwide is that his name is so complicated.

When I ask someone “Do you know Benedict”, I usually get a negative answer. But when I ask “Did you watched Sherlock Holmes”, I get a definite answer.

This little experiment also shows that the name plays a significant role in being a recognised person.

Obama was another very famous person. Perhaps he was one of the most famous presidents of the United States government. If his name was Mohammed, would he have been such a renowned president? Or even a bigger question. Could he have been president?

Anyway, I promised Mom to make this article not political.

If you do something too long, it will eventually become political. That’s why I’m planning to make this article short.

Sherlock Holmes book was adapted to the cinema before. I liked the current movie. But after watching the series, I started to think that the film was very unreal.

I think that's precisely what makes the Sherlock Holmes series so perfect. To be able to put a character with extraordinary powers into a realistic scenario It's perfect.

That's why I enjoyed doing the Benedict Cumberbatch Name Generator. By the way, I love the actor's other films. I also appreciate his thoughts.
There are also significant actions by Benedict to prevent sexism. He criticised the producers who paid less for female actors in the cinema industry. He even made it clear that he would not work in such productions—a beautiful statement.