C to F: In Other Words, Celsius to Fahrenheit Conversion

C to F is celsius to Fahrenheit conversion. Convert from Celsius (C) to Fahrenheit (F). It is quick and easy, just enter a number in one field and the answer will appear immediately in the other field. 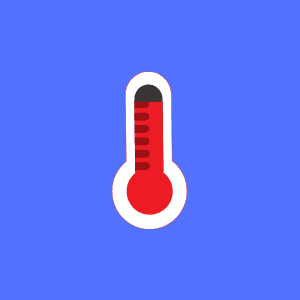 I’ve always wondered how to convert C temperature into F temperature. I’ve googled it before and discovered many methods of conversion, but it never worked for my temperature scale.

I decided to research more and found that there is a perfect formula for this conversion. I built this tool to help me convert Celsius into Fahrenheit easily whenever I need it. And I hope it works for you too.

Knowing the temperature on a different scale is very useful to know. It can help you decide what clothes to put on and maybe help you plan your day better.

That’s why I created this page. This converter allowing you to always stay up-to-date with the temperature outside.

With summer in full swing, you’re probably hearing the word ‘Celsius’ a lot.

So what is it?

And why does anyone care about a temperature scale that had its last update over 100 years ago? In this section, I hope to give a brief overview of why we still use Celsius today and why Americans should care.

The Celsius temperature scale is the most widely used temperature measurement system today.

It means that 1 degree Kelvin equals 1 degree Celsius. The scale was invented by Swedish astronomer and physicist Anders Celsius.

I mentioned above about Celsius (or Centigrade) temperature scale, but what is Fahrenheit?

The Fahrenheit temperature scale, also known as the F scale, is the temperature scale used by the general population of the United States and its territories not to be confused with the Rankine scale.

The Fahrenheit temperature scale was named after its inventor Réaumur’s friend Daniel Gabriel Fahrenheit. Its close relative is C (or Centigrade), which is a measurement system that was invented years later and has many similarities.

On the scale, the freezing point of water is 32 degrees F, and the boiling point is 212 degrees Fahrenheit.

How do I Measure the Heat

The internet is a pretty good source to get accurate weather information. You can use sites like Accuweather, although these sites or some of them are not free to use.

So you’ll find yourself asking the question how do I measure temperature myself.

Temperature is an important indicator of the air quality in a house or any space used for living.

The measurement of the heat is very crucial for the people that live in a hot country as they have to take the right measures to keep their house cool during hot summer days.

They have to first know the temperature before they can make any changes to it.

There are few ways you can do that; you can use a simple kitchen thermometer which will measure temperature with an accuracy of 0.1 degrees Celsius.

Or, you can use one of the latest Bluetooth devices which are specifically designed to work in your house and measure temperature from a certain location only.

Who Invented the Thermometer?

Have you ever wondered who invented the thermometer? In this section, we're going to talk about the first thermometer and the person that invented it.

Education in itself is a valuable product. Out of that emerged societies and then trade to spread their knowledge to even more people.

As a result, technology was developed. The phrase “technology” encompasses all objects which make our life easier or better to live in general: from cars, machinery, and roadways to metallurgy and medicine.

However, technology had developed out of fondness for new things only in the last couple of centuries; even earlier some people wanted to show off their inventions and prove they are a step above others.

The invention of the thermometer is credited to Daniel Fahrenheit, a German physicist.

He was born in 1686 (the exact date of birth is unknown) in Danzig (now Gdansk, Poland).

In about 1709, he invented his first workable temperature scale, which he called the 'Fahrenheit scale' I mentioned above.

While healthcare practitioners have been using various forms of temperature measurement since the days of Hippocrates, the thermometer as we know it today was invented by a Renaissance-era physician.

However, the idea was not entirely new; in the second century AD, doctors used hot and cold water to treat illnesses.

In Fahrenheit's lifetime, there were many innovations made in medicine and science. The thermometer was no exception to this rule.

His early predecessors had experimented with different liquids and metals to get an accurate reading of a person's body temperature.

It wasn't until French mathematician Benoît Paul Émile Clapeyron began considering changes in the volume of a liquid when exposed to temperature change that progress towards an accurate.

How Celsius to Fahrenheit Converter Works?

There are a good number of Celsius to Fahrenheit online converters but all these converters have one problem — they need your temperature for both Celsius and Fahrenheit at the same time so that they can work properly.

The reason for this is because these online calculators are essentially math equations that provide you with two unknown values. These values should be the Celsius and the Fahrenheit temperatures.

Here we introduce you to a new type of converter which not only gives you a solution but also explains how this equation of converting from one scale to another works.

It can be difficult to explain how it works. However, it is very simple to use. What I can say for sure is that this tool gives the correct result.

You can find my other tools on this page.