Last Name Generator I, for one, have difficulty coming up with the perfect last name. We've all been there, haven't we? 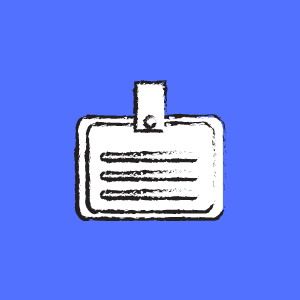 One name is too ethnic while another one is just plain boring. Wouldn't it be nice to have a generator to generate your own last names?

That's what we are striving so hard to do here at Last Name Generator!

My goal is to spread our service for free in hopes of eliminating all of the boring compound names and ethnic-sounding aliases in existence today! Does that sound like an impossible task?

Fear not, because you can start building your very own last names right now and share them with everyone you know!

Have you ever wanted to generate a last name? That’s what this generator does, it generates awesome last names.

It has a random name maker as well if you want a name that has been ranked.

This tool is great for generating funny middle names and last names. Plus, the ranking of the names is pretty good.

You can use this for yourself, your book, or anything else under the sun.

When I am creating characters in my books and want some new last names, I sometimes will come here.

Are you working on a novel or short story too?

Are you designing your character’s family tree?

Do you need to create an interesting last name but have no idea where to start?

Well you are in the right place.

Why Do We Have Last Names?

I classify people into three categories: those that are aware of the meaning of their surname, those who know what it means but don’t care and those who have no idea.

The reasons for having a last name were previously discussed in this section, but there is only one last name which has the most interesting and thought provoking meaning.

We’re going to go way back to ancient times — way back as in the time when coming up with a last name wasn’t even a thing you had to do.

It was probably easier burrowing your nose into the dirt and calling it a day, but why did we get named in the first place?

You may be wondering, and so I will tell you. In the past, it was customary to name someone after their father, which I admit isn’t the most original of ideas.

However, if someone else from another tribe stole your woman you could tell if they were related or not.

In conclusion, we have last names thanks to warring families who would eventually develop into larger nations of people.

What are the Most Popular Last Names in America?

One of the most interesting aspects of human culture is the last name. Almost everyone has one, but what purpose do they serve?

Are they important for social status?

Might they play a role in how others treat us?

Or might it be related to some other key part of our culture?

The United States has over 324 million people living within its geographic borders.

With that large of a population, it’s easy to see why it’s hard to guess what the most common last name in America is.

Last names can tell you a lot about someone. It can give you a clue as to where they are from and what their ancestors did for a living.

The most common last name will change based on where you live because last names have diverse origins and meanings.

Last names are many countries vary greatly due to immigration and population density.

Surname Generator is a unique tool that gives you the possibility to find amazing and interesting surnames.

If you are planning to create a website about genealogy, then this little tool may help you greatly. Also, it may be interesting to you if you just like surnames.

For example, it could help give your characters unique names for your novel or screenplay.

Most of us use a nickname, every day. A speaker, an author, a blogger, a consultant — we have to have one. So we invented one. We invent a name that somehow will make us sound more appealing.

Writing books about speaking and public relations for over five years now, I noticed that most people would rather use first names only — to give the impression that they are more accessible. But first names alone don’t tell us anything about you…except that you prefer not to disclose your surname.

I hope my last name generator tool helps you. My more tool you can visit this page.