Would you like to use an alphabet that changed the course of history? Then Morse Code Generator is for you. After typing in the text you want to convert, don't forget to click on a blank part of the screen. 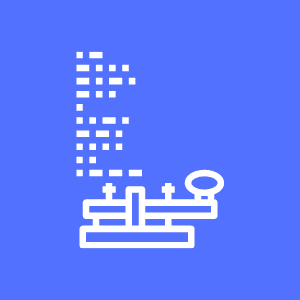 We solve problems. We can't run as fast as we can. Or we cannot fly like a bird. However, we built vehicles that went faster than the bar, and planes that went higher than the reach of birds. Because we solve the problems we identify as problems.

Morse code might not seem like a huge invention, given the great achievements of humanity. But it is.

Although communication has always been an undervalued tool, its importance has begun to be understood in recent years. A TikTok video can cause a fruit juice company's sales to increase 100 times.

It was used in instruments such as scales in the 1800s. It is a communication method used in the 1st World War and the wars before it.

A lot of intelligence information is transferred from one point to another with this method. However, since the Morse code is known by everyone, your message could be disclosed if someone else accessed the sent signal.

This is why encrypted messages are sent in the second world war.

It is not very easy to learn the Morse code that we are used to seeing from many war movies. However, using the morse code generator tool above, you can message your friends with this alphabet.

This technology is also used in consumer electronics products of the period. Morse used to command magnetic machines, which has radically changed many industries.

One technology in every century changes the whole world. Steam machines were very popular for a period. Because it made it extremely easy for people and goods to move from one point to another.

Computers became the most popular technology in the 2000s.

There is talk of artificial intelligence and what it can do these days. Studying the popular technologies of the centuries helps us understand what awaits us in the centuries to come.

Though a person's lifetime is not enough to see a second century, it still helps him understand what period he lives in when planning 10 years.

Here, the morse alphabet is a technology that has had great effects for a while. And with the help of the tool above, you don't need to learn to use this technology.

Why Should I Use Morse Code Generator

It is not common. It's old technology and isn't used by many people today. For example, no matter what language you speak, including English from Instagram, the Facebook company offers you products based on what you speak.

It does not make ads from the content you consume daily. It does it directly from the topics you talk to. This makes you vulnerable. But if you use the morse alphabet, you'll be safe as Instagram probably doesn't understand what you're saying.

Of course, if everyone starts using this method, Instagram adds Mors to the languages ​​it needs to understand.

This is a joke, of course, but it is applicable. If you want to use Instagram but also want to be safe, you can use this method.

Apart from that, there may be thousands of other reasons to use the morse code converter.

If you are wondering about my other projects, for now, you can visit this link to review them.