Playing game alone is cool but playing with your friends is much better. That’s why I build a random team generator that helps you to build solid teams. 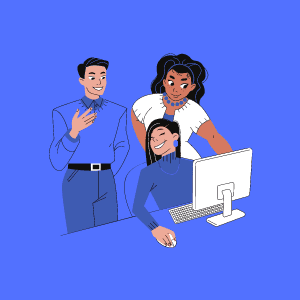 Team building has always been a controversial issue. At least one person protests when dividing into teams. And eventually, the conversation turns into a discussion.

Therefore, nobody wants to be part of a weak team. However, it deserves to be in a strong team.

Anyway, it is not easy to build a team created through critical evaluation. It is difficult to convince everyone. I was always a part of weak teams in basketball practice. I used to consider myself a leader when fighting them.

But at that time, it was not easy to form a team while playing basketball. Everyone wanted to play with the strong. He wanted to win. And he didn't want to spend too much effort while earning.

Although I give an example from a physical game, people who use online tools to build a team are usually gamers. They get together to play a video game and are divided into teams.

Because they are familiar with technological products and services, they do their team division via a free tour on the internet.

Instead of thinking about who will play better with whom, all you do is enter the names and hit the send button.

This is all luck. If you are lucky you will make a good team, but if you are unlucky, you are likely to be placed in a bad team.

Playing in a bad team is actually not the end of the world. Because with the help of talent, you can have more fun trying to close the gap.

Maybe the reason why I prefer bad teams when playing basketball is to have more fun.

In a world where you can easily get what you want, it is not easy to fill the gap created by no effort.

Sometimes, even if the conditions are equal, talent can be the determining factor.

Formula 1 is a true testament to talent. Petronas, the Mercedes team, has two pilots. Hamilton and Bottas. Both drive the same vehicle, but Hamilton won 7 times while Bottas has no championships.

You might think the Mercedes team sacrificed Bottas to make Hamilton the champion. However, this opinion is not correct. Formula 1 matches are now broadcast on live TV. Even the residences the drivers bought from the engineers appear live on the screen. It is possible to see that there is no such pressure in these live broadcasts.

The Los Angeles Lakers is one of the most dominant teams in American pro basketball. They won the NBA championship in 2008, 2009, 2010, and again in 2012 and they were finalists in 2011 and 2013. Year by year, they are favorites to win the championship yet they always fall short.

Los Angeles Lakers Legend Kobe Bryant who retired this April 2016 wants to be enshrined as a finalist along with other all time greats like Michael Jordan, Wilt Chamberlain Robin Clan, Shaquille O'Neal who is also a part owner of the team.

He has had 6 championship rings, which is far less than that of Michael Jordan; however he still has four more chances to break that record and match Jordan's six championships.

It’s been a long time coming, but the Golden State Warriors are the 2017 NBA Champions! The team came so close last year falling to the Cleveland Cavaliers in 7 games. They had all of the tools and resources but didn’t quite have enough to topple King James and his gang. During the offseason they went out and signed Kevin Durant and now they have the chance to fulfill their championship destiny. It was a long season full of ball movement, focus on defense, tough rebounding, clutch shots from Steph Curry, Klay Thompson, and Kevin Durant, and a whole lot of Dubs this year.

The Chicago Bulls franchise is one of the most popular and well-known in all of sports. They have won 6 championships, 5 MVP awards, and added 9 more to their trophy case this year. There are many fans that have followed them for decades.

The team has had some of the greatest players in NBA history with names like Kirk Hinrich, Michael Jordan, Derrick Rose, Scottie Pippen, Dennis Rodman, and many more.
If you are going to play a team game, I recommend using a random team generator. Because instead of arguing for hours, you can set up the team in 3 minutes and start playing.

If you like this tool, I recommend you to review the others.