This roman numeral generator converts your day, month and year into their Roman Numeral equivalents. Useful if you’re an author looking to put your page numbers into Roman numerals, or if you want to know what you were doing in say 2087 AD. 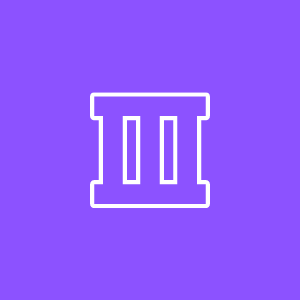 The history behind roman numerals will show you how this way of counting dates back hundreds of years before it was even used in ancient Rome.

Roman numerals are no longer as common as they were in some parts of the world at one time. But for some reason, these numbers are special to some people because of their deep history.

As I write this article on January 1, 2018, there are many occasions and important dates that use Roman numerals.

Since the invention of writing, we have always wanted to display numbers. In early history we had no other way to record how many people were there, what was traded and what were exchanged.

As a result of this need for display, many different types of numeric systems were invented. The History of Roman numerals is mainly focused on the evolution and spread of this system throughout history.

But a lot has changed since then, not just in numbers and their order but also in symbols. Even nowadays we find ourselves having to convert Roman numerals to Arabic or Hindu-Arabic numbers on an occasional basis.

Roman numeral generator helps you to convert one number to another. Because, no matter how much we learn in school, we forget all details about these letters.

We use words for counting in English.

Roman numerals are quite rare in daily life. So, why are numbers written as Roman numerals? There are many theories.

You may think that Romans put numbers into a form of writing they already knew, Latin.

However, another theory says there is no evidence for this. Another reason could be that the roman alphabet was limited in representing numerical characters.

This theory has also been dismissed as there were symbols that could represent all 10 letters of the Latin alphabet. T

the most prevalent theory is the following: Repeating letters (such as I, II, III) represented repeated subtraction of 1 repeatedly, whereas superscript letters (such as X and C) increased by 10 times the value of a base capital.