The plus sign is a mathematical symbol and is usually read aloud in English as "and". It was originally the Greek letter Ζ (Zeta). The modern character resembles several Greek letters, the closest being zeta. 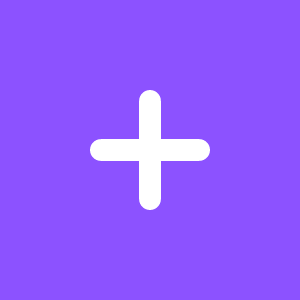 When it was invented in the 16th century, it was called "sexagesimal" (meaning 60), because it was defined as 1/60 of a circle.

The plus sign (+) adds two positive numbers not including zero when used with addition. It will not work to add two negative numbers as there’s no such thing as a negative addition.

This can be used in algebraic expressions, functions and identities and to show a vector quantity.

You will most likely be working with the plus sign when adding real numbers together.

Plus Icon in Web

The plus sign icon is a piece of web design that entails adding an actual plus sign to the beginning of a hyperlink, or words that indicate to a website visitor that they will be taken to another web page entirely.  This allows the user to click and open another website from within yours with relative ease.

Adding this symbol next to text is popular on websites because it breaks up content and draws attention to links within your text.  It also makes the content more visually appealing and easier to read overall which can lead to increased traffic if used correctly.

One of the Windows keyboard shortcuts I use the most is the plus sign shortcut.

The plus sign shortcut, also known as the caret shortcut, is a combination of CTRL and 4 together.

The plus sign is usually placed in front of a cell or range to indicate a range starting from this cell. You can also use it with automatic subtotals in an Excel table or a list of submenus in Word. If you are using a mac Command + 4 is your shortcut.

The Egyptians used to write numbers using a system of hieroglyphics that employed pictures to denote numbers and mathematical operations. Where space permitted, they wrote only the number; when the numbers grew too long for one line, they began writing right-to-left in columns.

The plus sign can be represented on its own or as a part of a numeral system. In English-speaking countries, it is called the "plus" sign and in many other languages it is called by names such as "+" and "and", although some languages refer to it as "and."

The plus sign (+) has a long and tangled history, with no clear evidence of who created it or when. It may be that the symbol was used by the Romans as early as 300 B.C., but there is no evidence of this, and so historians simply assume it came from the Etruscan alphabet (where it originally might have been used as an abbreviation for PWR OS, meaning power over).