Roman numerals are a way to represent numbers using letters based on the Roman system. The system is loosely derived from older Greek numeric systems that had symbols for one through nine and then other letters to represent multiples of tens (10 x 10 = 100, X = 10). 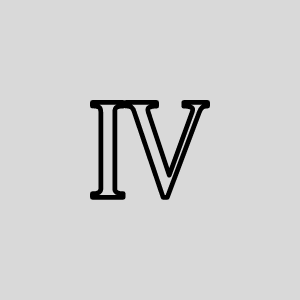 Roman numerals are a way to represent numbers using letters based on the Roman system. The system is loosely derived from older Greek numeric systems that had symbols for one through nine and then other letters to represent multiples of tens (10 x 10 = 100, X = 10).

A symbol was used to indicate "thousands" but there was no single character to represent 1,000.

Humans have been using numerals to represent numbers for over five thousand years. When we refer to numerical systems, we often make reference to the Hindu-Arabic system (or decimal system).

However, there are many number systems and number representations that predate the Hindu-Arabic system.

Representation of numbers is not always as simple as having digits from 0-9. In fact, the Hindu-Arabic already has a symbol for zero which is very different from the others because it is just a placeholder, not a digit.

Roman Numeral converter is a free tool to convert Latin numbers to roman numerals and vise versa. you can convert values from 1 to 4999  just try a converter.

Simply type the number in the above field and hit enter then you will see the result in the right field, if you want to reverse conversion then just change the order of the values in boxes.

This numbering originated from the Etruscans, who named their numerals after letters of the Latin alphabet. Roman numerals are characterized by the use of a small mark, called a macron, placed above the numeral to signify a thousand.

Why roman numbers are used today?

Roman numerals were used by the Romans.

For that matter, they were used almost everywhere on the old continent. It contains letters from the alphabet, not numbers which are commonly used today. It was a system of counting in which letters stand for numbers.

This makes it easier to use and gives a better understanding of certain rules and laws.

These are commonly used in inscriptions found in buildings, monuments and jewelry items that were used in Ancient Rome.

They are also commonly found today on clock faces, and sometimes on license plates of automobiles still being manufactured. It's an important part of many branches of knowledge such as in science, archeology and history.

I suspect there are two of you out there in the internetland who have ever wondered why that numbers—I, II, III, IV, V, VI…—are used today.

The reason is not as obvious as it may seem. Sure, you’ve seen them on clocks or aspirin bottles but you probably didn’t think about their origin.

After all, they just look like the calendar, right?

Why would someone use roman numerals when we have Arabic digits to represent 1 through 10?

Surely somebody just copied that from the calendar right?

Well, not quite. It turns out the history behind these are far more interesting than you might expect.

The invention of roman numerals has been attributed to the ancient Italians, the Etruscans or the Ancient Greeks, but that isn't true.

In fact, this system of writing numbers didn't appear in Italy until the 6th century AD, and was used there for more than a thousand years before anyone thought of using them to figure out numbers.

You probably learned at some point that the roman numeral system is based on seven letters you can create numbers from.